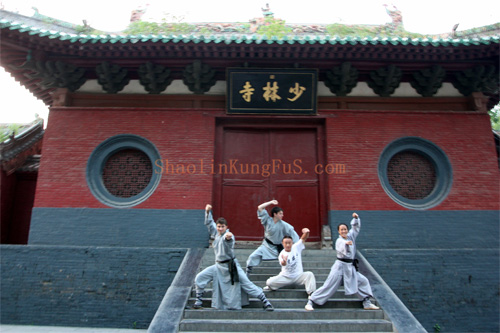 Our students trained Kung Fu at the Shaolin temple China.

In the vicinity of Songshan Mountain is a temple that is probably the hub of the Dengfeng City of Henan Province,China. China Shaolin Monastery, a famous and synonymous name for American martial arts enthusiasts, is found in the middle of the mountains. These tall rocky thrones act as a protective layer for the shrine. For this reason, it was crowned by the state in 1983 as the national temple for all Buddhists. Established in 495 A.D., Emperor Xiaowen created this statue after the directive of an Indian monk. The influence of this monk carried by the emperor was responsible for spreading Buddhism in Luoyang. The monk's name was Batuo.The Songshan Mountain Shaolin temple story goes that this emperor gave command to the building of the temple, which was at the time to be made in the northern deep forests of the mountains. 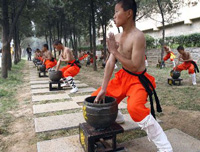 The inception of the Tang Dynasty saw the rise of a new generation of monks. Thirteen of these monks were among the saviors of a prince called Li Shimin. This act was taken as one of kindness and honor by the state, which in turn granted the temple resources and money to rebuild and restore what had been burnt down.This made the economic status of the Shaolin temple in Henan Province increase more than it had ever done before. More pagodas and meeting halls were established and designs were put in place to make the halls look exquisite. The royalty of the time would frequently tour the shrine and it hence became a landmark for society. 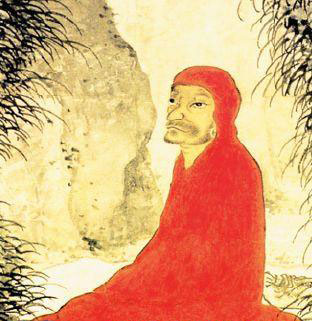 The beauty of China Shaolin Monastery still shows in what remains of it today. The temple bells are a vivid reminder of what happened at the time. In 723, Emperor Xuanzong commissioned astronomer Seng Yixing to establish his works in the temple courts. Confucianism was established during the reign of the Song Dynasty, which subsequently emerged after Tang. They were well acquainted with the philosophical teachings of Buddhism. This gave birth to three other religions, namely Taoism, Buddhism and Confucianism. The Chans were the influencers of Confucianism, and their ideals resonated among their people. However, they also built a Shaolin temple in China among themselves. Later, in Yongxi times, the temple built 9,500 volumes of scripture, and finally the world would now talk of the Shaolin temple as the first temple in the world.

The new Chinese government, in an effort to preserve the glory of the Shaolin monastery, granted the temple to be rebuilt as a national monument of temple history. Most of the halls -- including Tianwang, the Buddha worship hall, Daxiong and the bell tower -- were financed for rebuilding. Today, the traditional appearance persists.